Most of us in the United States think of ourselves as “American.” Moreover, we think of “Americans” as white people, or maybe, if we’re less racially close-minded, as white and black people. What we forget, and need to resort to our history books to remember, is that this modern definition of American-ness is not at all what the term used to signify.

What “American” meant, to the first explorers from Europe, was the people who lived here. Because America was not an empty continent. Sure, the first colonizers treated it that way. The whole notion of “manifest destiny,” about which you’ve certainly learned in U.S. history, was based on the premise that the “new world”, or America, was simply full of land for the taking.

The Native Americans, or “Indians,” as they became derogatorily known, lived in America as they had for thousands of years. And, while you’re educating your class on the history of the United States of America, it’s paramount that the position of the first Americans not be forgotten. What better way to do this than taking your class to one of the few pieces of land still held by these people? That’s one of the greatest benefits of field trips! Field trips take learning out of the classroom, and allow the kids to experience the truths they’re learning about in another way than rote, book learning.

My suggestion:  take your class on a field trip to the Navajo nation – a traditional, working reservation in Arizona and Utah!

There are many great things about taking your students on field trips. And a field trip to someplace like a Native American reservation is an excellent way to connect what your class is learning in its history books to current and ongoing issues. Your students will learn that Native American history is ongoing – not yet chiseled in stone! The most obvious benefit of such a field trip is getting the class to experience, rather than just scratch their heads about, what they are learning. Going someplace like the Navajo nation, your students will realize how something like Native Americans are more than a museum display. These are people, real people. And they may have lost a lot, but they persevere – it’s important for your students to be aware of this. Going on a trip to a reservation will keep your kids thinking of Native Americans as part of their country’s present, not just its past.

What about the experiential part?

Fortunately, there’s a lot to do and see in the Navajo Reservation! Your students can see, climb around, or even stay in the traditional adobe structures, built much the same now as they were thousands of years ago, of the people who live here. They can explore the land through the help of a Navajo guide. They can learn a few words of the Navajo language, the basis of the only unbroken code in all of World War II. They can sample food like traditionally ground corn, or Navajo fry bread. Or witness Navajo tribal ceremonies, such as powwows or special dances held to show off the national culture. And – an important side benefit of field trips – have a lot of fun in the process of learning!

Undoubtedly, some of the things that they will see will come as a nasty shock to your students. Particularly if they’re not used to poverty, or have never ventured much outside the city and its affluent suburbs.

Because the Navajo nation is poor.

Native American reservations are some of the poorest parts of the United States of America, and it may be a lot more like visiting Africa than a trip to the water park. People live in dirt shacks, and pose for photos for a few dollars. Things that you wouldn’t expect to see in the USA, like malnutrition, are frighteningly common in the country’s real hinterlands.

And, as always in places like the Navajo nation (that are probably very different from what the vast majority of American citizens are used to) respect becomes an issue.

Before your class steps onto Navajo land, it’s critical that they really understand certain things about it. Your students need to realize that many practices of the Navajo people are still highly spiritual, and many are held (as they’ve been for thousands of years) not for the benefit of tourists like your students, but for the Navajos who live there. Your students need to understand that certain things, which they see all over (like smartphone cameras), are not always welcome on Navajo land. But, most importantly, they need to understand, and internalize, the fact that people actually live here. The Navajos aren’t just putting on a show for the visitors, to return that evening somewhere more like the typical American home and watch the latest sports game on their previously hidden big-screen TVs.

Despite, or maybe because of, these challenges, a field trip to the Navajo nation can be an incredible learning opportunity for your students. It’s a chance to reflect on how the original owners of America got to be this way. And, as difficult as it can be to take it all in, that’s another one of the main reasons why going to these places is so important. Field trips carry students outside of the classroom structure, challenging them to come to terms with their learning – and the reality of the country they live in – in a completely new way. That’s another result of field trips: broadening your students’ horizons.

Which brings us to the last, and perhaps the greatest, benefit of field trips. It’s a chance to make memories that neither you, nor the kids who come with you, will ever forget.

Does it all sound good? Well, how can you do it? How can you really take your students on a field trip to meet the Navajo? Fortunately, we live in the digital age. And while many Navajo don’t have access to computers, you as a teacher most certainly do. There are agencies that can help you to get connected with the people you’d like your class to meet. There are digital ways to get through all the red tape that used to make field trips so daunting. (Now there’s even a permission slip app, if you’d believe it!) In the twenty-first century, more than ever before, taking your kids to a real, working reservation is a very real possibility!

So, don’t let Native American studies become a side note in your class, as it too often does in American history. Spend some time as a class really learning about the people whose claim to this land far predates the Europeans’. And cap it off with an experience that will remain forever in your students’ hearts – an amazing opportunity to actually go out and meet these people, and understand – really understand – that they aren’t dead and gone into our history books. The Navajo nation lives on – so take your class on a field trip there. It’s one of the most truly American things your students can do. 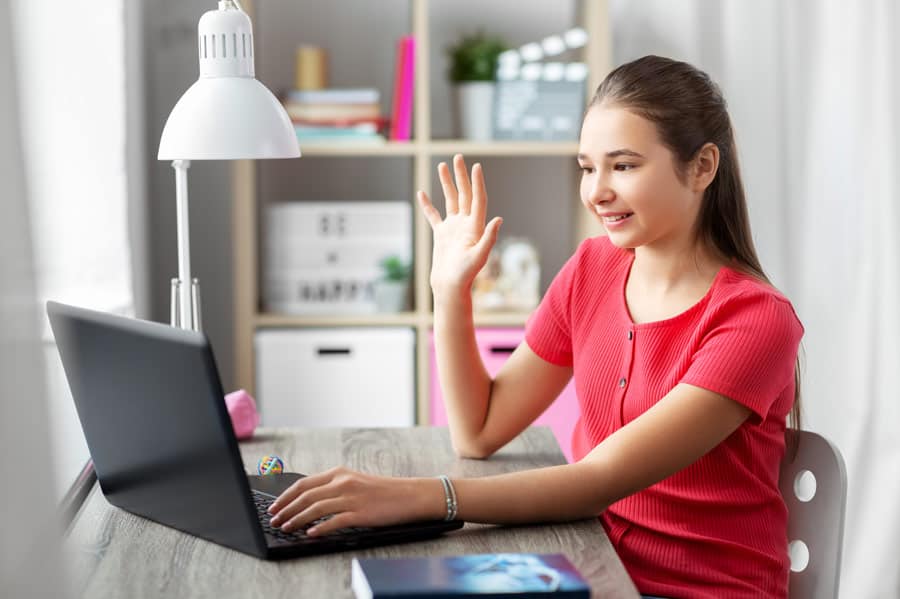 Building Community in a Virtual Classroom

Both teachers and students understand the importance of building community in the classroom. Many teachers have developed different methods to assist in building a classroom community, however, virtual learning has called for these methods to be tweaked.

END_OF_DOCUMENT_TOKEN_TO_BE_REPLACED 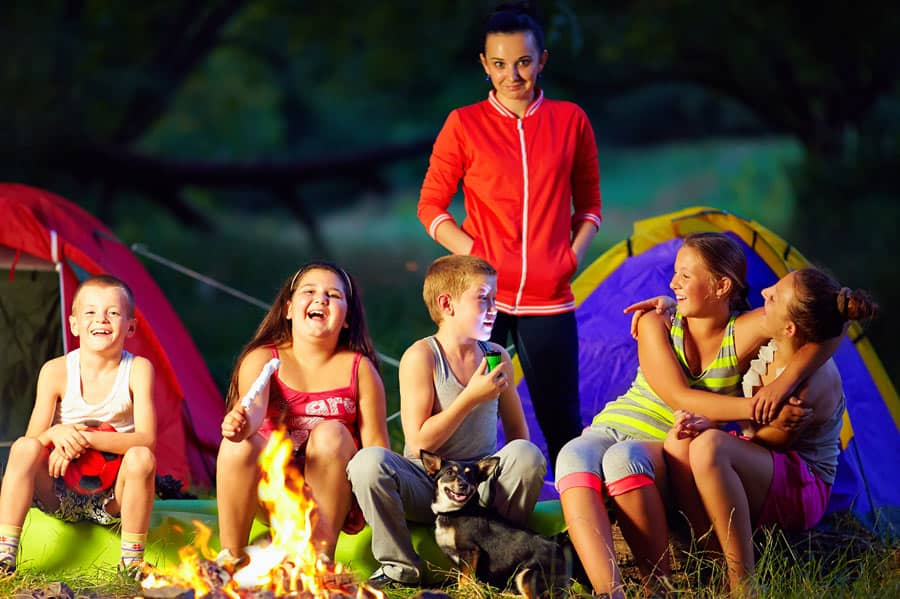 While most people think of permission slips with school, the reality is that there are a number of children groups that benefit from our digital permission slip service: Boy Scouts, Girl Scouts, Daycares, Boys and Girl Clubs of America, Church Youth groups, After School or Summer Camps, and so many more.

END_OF_DOCUMENT_TOKEN_TO_BE_REPLACED 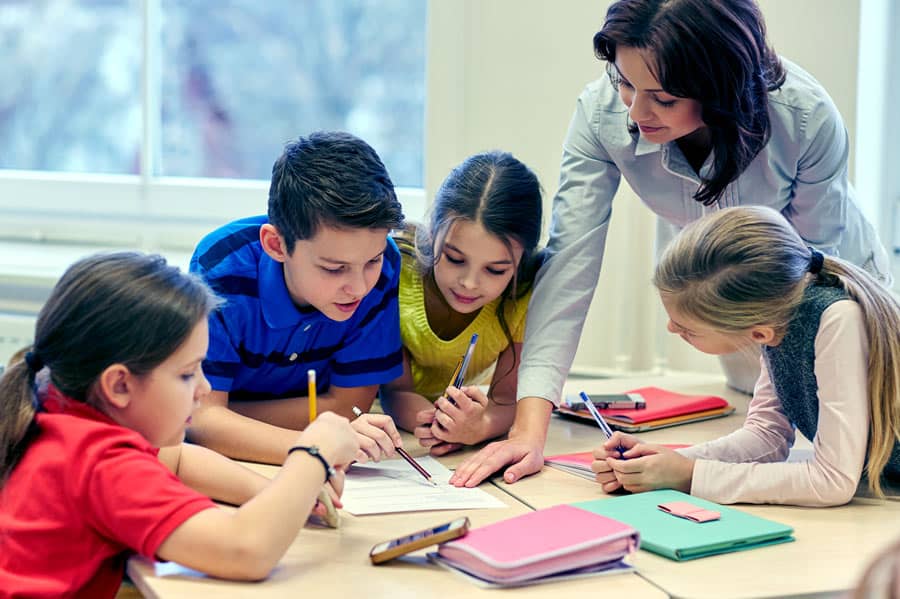 Field trips require a lot of preparation and organization from the teacher. There are logistics to figure out with buses or rideshares, paperwork and permission slips, managing student behaviors. Finding ways to involve the students in planning for the field trip makes for a much more manageable experience for the teacher and the kids.